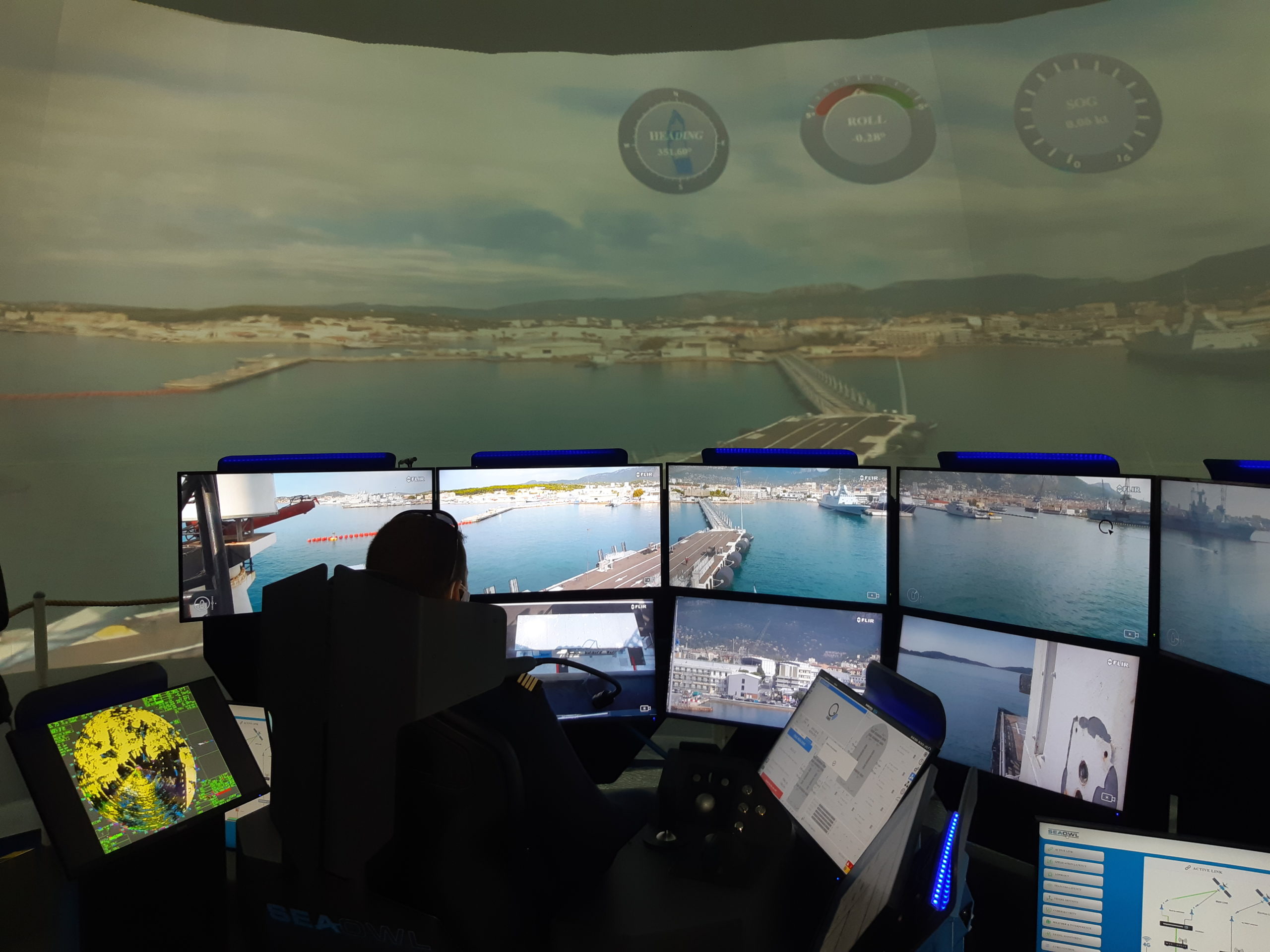 In September 9th, Sirehna has been participating alongside SeaOwl Energy Services, in the first demonstration of a vessel teleoperated via satellite.

During this world first, SeaOwl Services remotely controlled the VN Rebel, a 80 meters long and 3000 tons vessel without a crew onboard. More than 800km separated the Captain based at Ecole Polytechnique in Palaiseau from its vessel in Toulon. The VN Rebel was granted her nagivation permit by the French Ministry of the Sea.

Within this project entitled ROSS which stands for Remotely operated services at sea, Sirehna supplied the Remote Dynamic Positionning System controlled by satellite with Marlink. More than seven Sirehna engineers, technicians and project managers took part in this innovative and ambitious project.

One of the challenges in developing such a system was the relation and work share between all the other suppliers. Every single change in the liaisons required to adapt very quickly. And to be reactive.

Several tests were made such as the teleoperation, the liaison with Marlink and the teams specialized in the communication. Tests of the system in extreme conditions and degradation, and finaly tests related to sensors, dynamic positioning, satellite…

The project is based on our dual expertise in DP & USV. It relies on the technologies developed in the framework of these two product lines. Sirehna demonstrated its ability to propose a high added-value system adapted to new teleoperation needs. The system contributes to the vessel’s navigational safety as it is used to secure the vessel in case of loss of satellite communication.

Feedback (user and system) on this first system will allow us to improve the ergonomics and functions related to remote operation.

Sirehna is proud to be part of this maritime step forward and innovation in the field of automatisation & teleoperation.

Congratulation to Seaowl for this amazing innovation and all the work that has been done to make it a successful project.